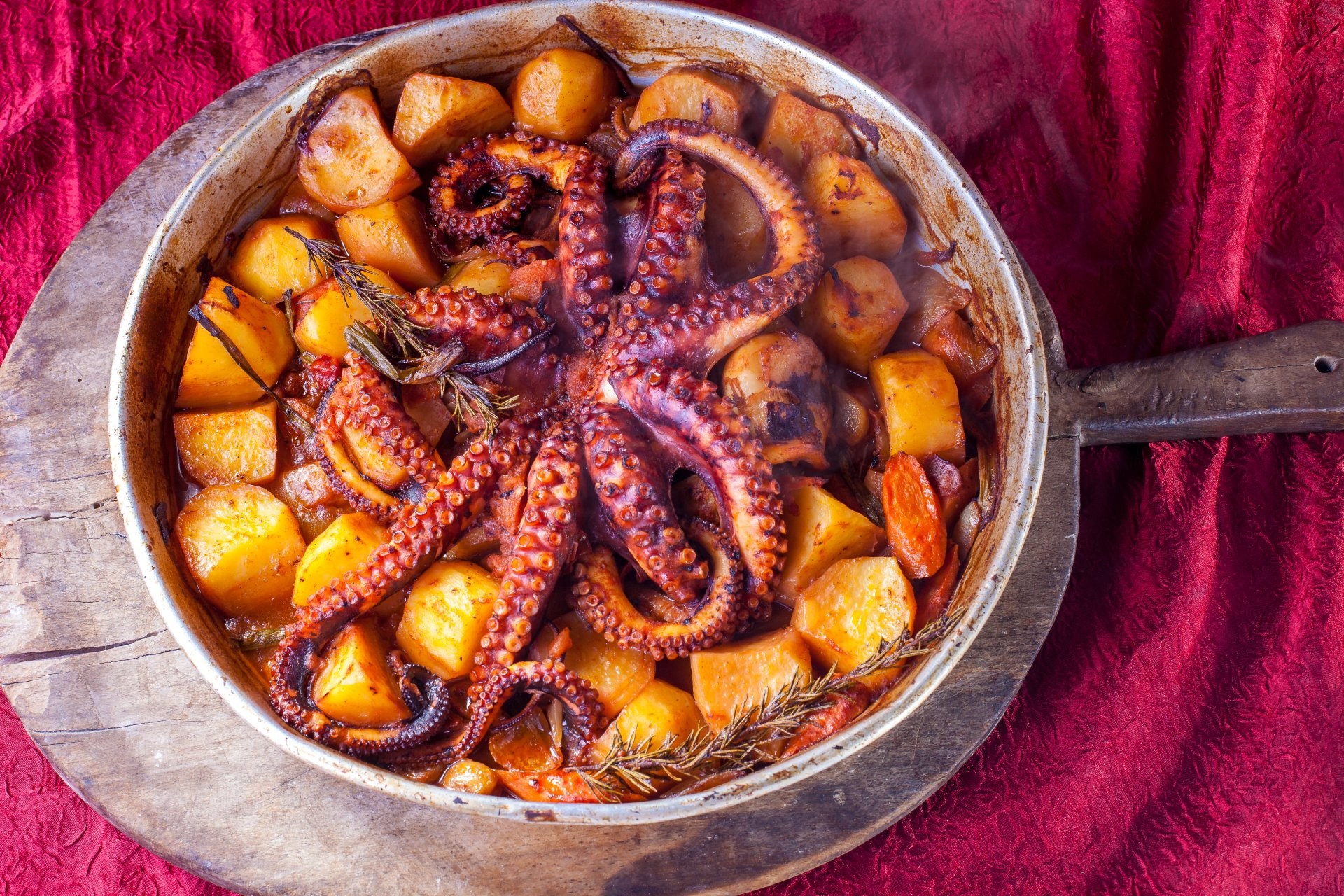 Place in a pot without adding any water, cover it and let simmer.

Turn occasionally. Simmer until all liquid vaporizes and the bottom of the pan is purple with residue. Remove from heat.

Wash the potatoes and without removing the skin, slice in half. Place the potatoes in a roasting pan; season with a small amount of salt and the halved onion. Place the octopus in the middle of the pan and drizzle olive oil over everything.

Cover with peka (iron lid) and scatter cinder from the fireplace on top of the lid. Bake for 40 minutes.

Add some olive oil to the pan in which we simmered the octopus and cook finely chopped garlic.

Add white wine, pepper and parsley. Salt is not necessary because the purple residue is actually sea sediment which evaporated from the octopus.

Simmer sauce for two minutes, uncover the iron lid from the peka, and pour sauce over octopus and potatoes and bake for another 2-3 minutes until the potatoes have absorbed the sauce. This recipe can also be applicable for baking the octopus in the oven, on 200°C.